Adrian was a remarkable man who gave great service to Catholic education throughout a long and distinguished career.  After a successful career in the City he became a teacher, setting out on a career path dedicated to the service of others.  His first posting was as Head of RE and Housemaster at Downside.  Adrian became the second lay Headmaster of Stonyhurst in 1996, serving Stonyhurst in that capacity for ten years.

His achievements whilst at Stonyhurst are many.  During his tenure extensive building projects were undertaken, such that by the time of Adrian’s departure as Headmaster refurbishment had taken place in most areas of the school: the Old Infirmary, the Lower Grammar, Grammar and Higher Line Playrooms, all dormitories, the Plunge, the Sodality Chapel, the Top Ref, the Do Room, the Long Room, the Bayley Room, the More Library, the Syntax Wing and the Shooting Range. Five I.T. suites were created, and new landscaping and redesign of the road layout accompanied the building of the all-weather sports pitch on Harry Meadow.  Classrooms were re-decorated and renamed after Saints associated with the school.

Adrian was instrumental in enhancing access to, and use of, the Historic Collections, making them available for the pupils to enliven and enrich their learning.  In 1997 he oversaw the introduction of girls to Stonyhurst St Mary’s Hall, an important step in Stonyhurst’s journey to full co-education.  Under Adrian’s leadership academic results improved, however, Adrian withdrew Stonyhurst from academic ‘league tables’, believing they were not compatible with the ethos of a Jesuit school. In 2003 he set up The Stonyhurst Access Appeal to widen access to the College to those from lower income families and to generate funds for further redevelopment.  Departing in 2006, Adrian left behind a school well-prepared for the future.

In 2006 Adrian moved from Stonyhurst to become Headmaster of Leweston School in Sherborne where he is remembered as a man of deep faith and integrity who had a profound impact on the life of the school.  After retiring from Leweston Adrian continued work as an education consultant and became the first lay Chair of Governors at Downside School.

Since the news of Adrian’s passing, many of his friends, colleagues, and former pupils have been in contact with us to articulate their wish that we honour his memory. Again and again, Adrian is described as a deeply kind, compassionate and caring man.  A man who lived his faith, a man who put the pupils in his care above all else, a man who made people feel better about themselves and a man who believed in second chances.

Adrian was an extremely positive influence on the lives of those he came into contact with. He was a great example of how to conduct oneself with integrity, generosity, love and good humour.  He had a very humane approach to life and to education and placed huge importance in engendering in pupils a sense of service and an awareness of our shared humanity.

Adrian was the epitome of the Jesuit call for us all to be Men and Women for Others and we know that he would be delighted that an Award in his memory seeks to open Stonyhurst to a pupil who otherwise would not receive the benefit of a Stonyhurst education.  Adrian’s family and friends are grateful for your support in this endeavour.

The Stonyhurst community will be forever grateful for Adrian’s dedication and service to Stonyhurst – he was Headmaster at a crucial and transformational time.  In consultation with his wife Caroline and the Aylward Family, the College, and the Stonyhurst Association, we are resolved to do something positive and enduring in thanks for his service.

The decision has been taken to set up a new Bursary Award, the Adrian Aylward Memorial Award, in his honour.  In line with our Jesuit values and our steadfast belief in the principle of ‘Men and Women for others’ all donations towards this Award will help to enable a boarding pupil to attend Stonyhurst on a Means-Tested Boarding Bursary.  This award will be managed by the Stonyhurst Foundation, a new charity which has been established to raise funds for Stonyhurst.

The Stonyhurst Foundation will raise funds to provide much needed bursary support for young people who would enrich our Stonyhurst family but who may not be able to attend our school without substantial financial support.  We know that Adrian felt strongly that a Stonyhurst education should be available to as many pupils as possible who would benefit from it.  This new Award will help create a worthy legacy in his memory.

To make a donation, please follow the link to the Memorial Award page on the Stonyhurst Foundation website: 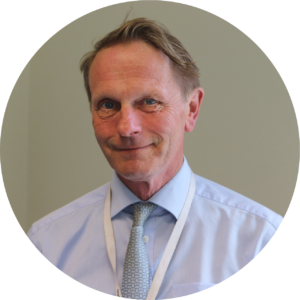