The goal of the Foundation is to remove financial barriers, making a Stonyhurst education available to as many young people as possible.  The Stonyhurst Foundation aims to be the largest ring-fenced independent bursary and fee assistance charity of its kind in Catholic independent education in the UK.

It has received the Apostolic Blessing of His Holiness Pope Francis.   During our formation phase we have benefited from overwhelming financial support from members of the Stonyhurst family, friends and supporters who share the vision of providing much needed bursary and fee support for young people. Given the extent of early successes, the Foundation is looking to the future, confident that its ambitious mission will be welcomed by the wider community, ensuring that Stonyhurst continues to be a beacon of educational excellence on both the national and international stage.

The College is proud that around 30% of pupils are in receipt of some level of fee support or bursary assistance.  This support is, however, currently funded from College income.  By setting up the Stonyhurst Foundation, a ring-fenced and capital protected bursary fund, we are removing financial barriers and making a transformational Jesuit education accessible to even more pupils.  We are building an important buttress for Stonyhurst, for the long term. We believe that a Stonyhurst education is a springboard to a life of purpose. The school seeks to inspire its pupils to go out into the world to make a difference, as ‘men and women for others’. Making Stonyhurst the best it can be means making the Stonyhurst Foundation the most ambitious provider of bursaries and fee assistance in Catholic education in the UK.  The Stonyhurst Foundation will transform lives. 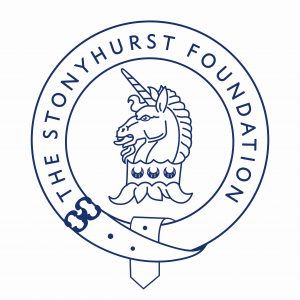